The future of mid-market health clubs 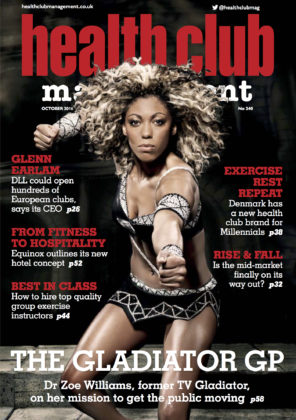 Health Club Management magazine contacted me recently to discuss a feature they were writing on change in the health club mid-market. They were asking this question: ‘For the past decade, since the advent of low-cost clubs, there’s been talk of the mid-market disappearing. These clubs are still hanging on, but for how much longer?

Below is part of my response:

Mid-market clubs were very slow to respond when low-cost gyms entered the market and disrupted the status quo. Now unless they can offer something more compelling , it will only be a matter of time before more of these generic health clubs start to close.

In the last couple of years, we’ve seen a disproportionate number of mid-market independents close as membership stagnated, membership prices remained flat and insufficient funds were generated to reinvest into refreshing the experience.

The low-cost and premium markets are both well defined, but historically the mid-market brands have deliberately been more generic. Neither one thing or the other. Could the former management of LA fitness clearly define what was distinctive about their clubs?

The remaining legacy brands need to take stock and now jettison things which no longer serve them, or their members, and rediscover their core excellence. Similar offerings may be good enough when there is significant geographical distance between clubs, but can disastrous as the distance between health clubs shortens.

Mid-market clubs need to become experts and build a reputation in an area they really care about. Active4Less in Stevenage, Hertfordshire is an interesting example of a small-town independent club which has strategically  pivoted. Following its transition to a low-cost club, it subsequently discovered that it could not compete with larger, purpose-built low-cost clubs and is now migrating back to a mid-market offering. It’s distinctive proposition is now group exercise and presenting itself as a ‘gym with personality’, where the character of the owner and staff team, shine through.

Meanwhile, an example of a mid-market brand that is thriving is Anytime Fitness. The model is sometimes mistaken as a low-cost brand, with its 24/7 opening hours, but the operator clearly sees its future sitting between premium and low0cost offerings.

Anytime Fitness has confidence in its brand story – small, convenient neighbourhood gyms, with a personal and intimate atmosphere. And with its clubs having fewer than 900 members, it has the potential to provide a very supportive membership experience.

Read the remainder of the article here