I was wrong about Eddie ‘The Eagle’ Edwards 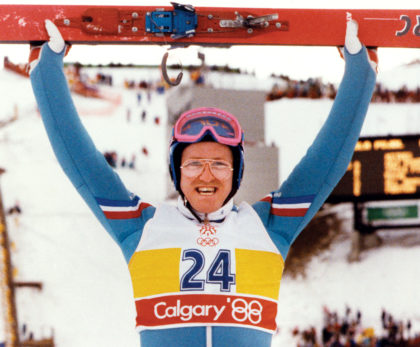 Last night I watched the film about Eddie ‘The Eagle’ Edwards. For those that don’t know, Edwards is a British ski jumper who competed in the 1988 Winter Olympics in Canada and finished last in both the 70-metre and 90-metre events. He became the first British athlete since 1929 to qualify for this event.

His appearance at the Calgary Olympics was a launchpad for Edwards to become a popular British celebrity which is something I have long been uncomfortable with – why idolise an Olympian for coming last? However, I was blown away by the grit and determination of the man who as a young boy wore leg braces on account of weak knees and jumped in eye glasses so thick that they misted up at altitude. Having been told endlessly to ‘give up on his dream’ and get a job, he persevered with no official sports funding or sponsorship. Meanwhile, the ski jumping community ridiculed and ignored him for being an ’embarrassment’ to their sport. 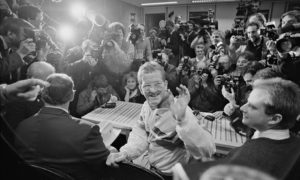 If you have not seen the movie, “Eddie the Eagle”, please take a look – I guarantee it will make your spirits soar. It’s a wonderful and heroic story that grit can make up for any lack of innate talent.