How Peloton has redesigned the in-home fitness experience 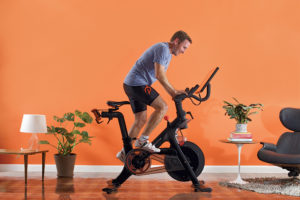 John Foley, the co-founder (see footnote 1) of Peloton (that’s him in the picture above), is a life-long fitness enthusiast who always made time to workout. However, that began to change when his children were born. With family life beginning to take priority over exercise, he and four other founders began to consider how to take the convenience of in-home exercise and re-imagine it.

The problem with home exercise is…

The core challenge with home exercise is that although convenient it is often solitary, lacks feedback and is often constrained by limited workout options and little sense of progression. Foley and his colleagues pondered what an experience could be if elements of the very best boutique fitness studios could be married with Apple-grade technology and live-streamed Netflix-style exercise content. If you ask Foley to describe Peloton in a sentence he says: ‘Peloton is at the nexus of fitness, technology and media which makes it a special experience for the consumer at home.’ They would admit to being technologists first, but technologists with a passion for fitness. 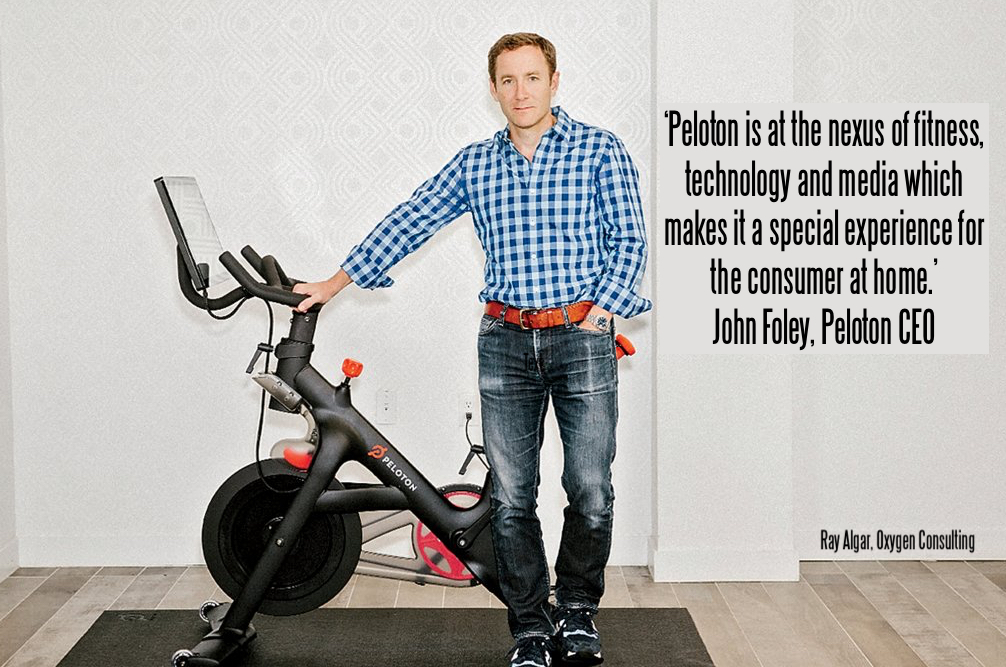 Foley believes that Peloton is at the nexus of fitness, technology and media.

Founded in 2012, the team initially raised $3.9 million in seed and Series A (first-round) funding to finance development of the Peloton bike and its digital content platform. They also did a Kickstarter in 2013 which raised a modest $307,000.

The proprietary $2,245 bike houses a 55-centimetre-high definition touchscreen display (equivalent to four standard iPads) which receives the live-streamed classes that are broadcast from its purpose-designed New York studio.

The Peloton ‘secret sauce’ is the combination of world-class instructors leading live-streamed classes to hundreds of at-home riders who are vying for position on the interactive leader-board, while receiving feedback from both the instructor and the bike display. If a customer cannot make it to one of the circa 20 daily live classes, then they select from a large catalogue of on-demand classes. The result, says Kevin Cornils, Peloton’s international managing director is: ‘…to bring the energy and excitement of studio-led classes, in this case spin, into the convenience and comfort of your home.’

As can be seen from the strategic profile below, Peloton has changed the rules upon which home exercise producers have traditionally operated. The figure shows nine core factors on which Peloton (the orange line) has decided to compete and the emphasis placed on each of these nine factors. A higher score means Peloton invests more to provide extra to its customers. There are several parts of their strategy which are highly distinctive such as only using world-class instructors, providing a ‘shared’ exercise experience and creating a unique in-home monthly subscription business.

When consumers purchase the company’s bike or $4,300 treadmill, they take out a $39 monthly subscription which provides unlimited access to all live and on-demand classes. $39 is equivalent to the price of a single SoulCycle class. Peloton, as a private company, does not disclose its subscriber base but public estimates put it in the range of 600,000 which would create recurring annual revenue of $281,000 million. Foley has publicly discussed a monthly retention rate of more than 90% along with a claimed net promoter score of 91. Creating a subscription model to access in-home content is a smart move because without it the customer is left disconnected from instructors, content and the Peloton community. What then remains is a typical home exercise bike.

Peloton has now raised just under $1 billion in eight funding rounds, which is allowing it to build a formidable digital and physical real-estate platform. Foley and his team are not settling on hundreds of thousands of subscribers, they have stated that they want millions and they are slowly broadening the Peloton offering to encompass other health and fitness offerings through its new Peloton Digital app which does not require equipment.

Helping people to connect easily with the Peloton eco-system is a core part of its distribution strategy, which is why US and international retail stores remain a key part of this vertically integrated company. The company is presently investing further in its content creation platform by building a new 2,000 square metre facility in London to facilitate live classes for a European audience and foreign language broadcasting. Meanwhile, a new $40 million suite of filming and broadcast studios in New York is also coming online shortly. One studio will be focusing on bike content, one studio on its new treadmill and two further studios will support future product launches.

Jessica Kleiman, vice president of global communications for Peloton, has stated that the business is forecasting revenue of approximately $700 million for the fiscal year ending February 2019 (equivalent to the combined fitness markets of Denmark and Portugal) and that they are exploring an IPO later that year. Unfortunately for now, the Peloton IPO document filings are confidential.

It started with a simple question

When we step back, Peloton is creating a compelling consumer experience where access to the brand has become virtually frictionless and it all started with a simple question: ‘There must be a way to redesign the in-home fitness experience.’

I am a strategic business adviser and analyst to the global health and fitness industry. I want to collaborate on compelling projects that encourage and support people to live well. I am also available as a non-executive director where I can inject independent strategic thinking?

This short Peloton case study was written in January 2019 for a book that I collaborated on called ‘Marketing and Sales in the Fitness Sector. You can learn more about the book here.