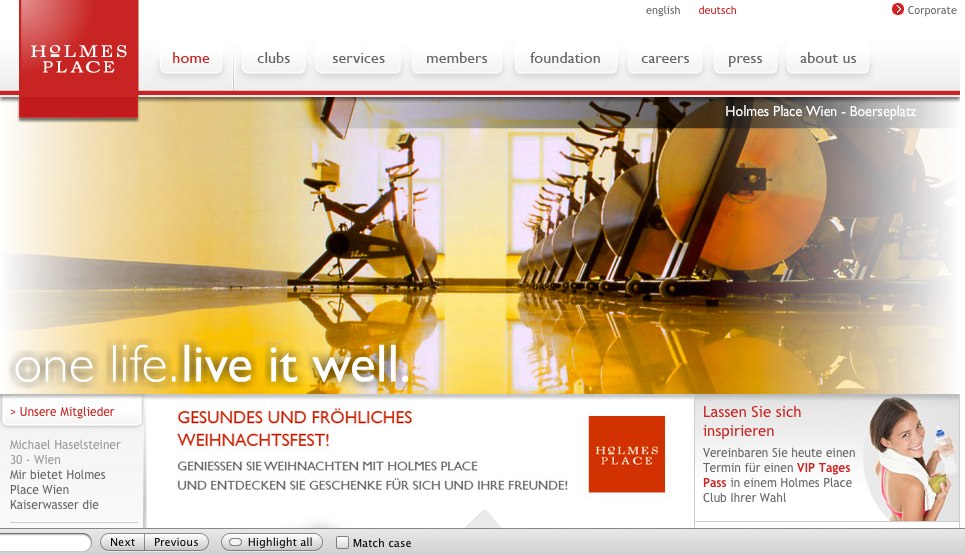 The Holmes Place clubs in Salzburg and Linz, Austria have been declared insolvent in the Salzburg Regional Court. The total corporate debts are believed to be in excess of €53 million Euros making it one of the state’s largest business failures during 2011.

It seems as though the clubs have been continually losing money and shareholders withdrew their support after discussions to re-negotiate future clubs rental payments broke down. A Holmes Place spokesperson said:

“The shareholders are not longer willing to finance the losses”

So why have the clubs failed?

Rent feels expensive when you are losing money every month, but what is the underlying reason for the club’s failure? Have the clubs been unable to recruit sufficient members or hold on to them? Or perhaps the membership income yield has been lower than expected due to competitive pressures. Perhaps you can share your insights if you are close to the Austrian market.

Are you a member of one of these clubs (Sind Sie Mitglied einer dieser Clubs? Bitte hinterlassen Sie einen Kommentar). If so, please leave a comment

I will post more news as I receive it.