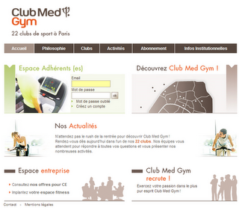 Club Méd is getting out of the French gym business to focus on its all-inclusive resort business. The company’s core business faces a turbulent future as demand begins to soften at its 64 worldwide resorts.

The company has just concluded a deal to sell an 80% stake in its Club Méd Gym business to 21 Centrale partners, a French private equity firm for an enterprise value of €74 million (euros). With 22 clubs, it is France’s largest gym brand.

Club Méd Gym has more than 72,000 members and was acquired by Club Méd in 2001. I understand that the clubs will continue to trade under the Club Méd brand name.

I met Henri Giscard d’Estaing, Chairman and CEO of Club Méd, and son of the former French President, at last year’s IHRSA European Congress in Paris where he was presenting the group’s strategy. Gym’s were a core part then, but not now. Now he says:

‘We want to focus our resources on becoming the worldwide specialist in all-inclusive, upmarket, friendly, multicultural vacations. Today, Club Méditerranée has the opportunity to strengthen its financial structure and dedicate additional funding to complete its move upmarket and pave the way for its future growth. Club Med Gym, after its successful refocusing, has the opportunity to experience a new phase of growth by opening new gyms’.